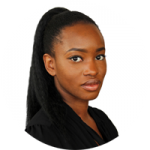 As Covid-19 continues to ravage the world, governments have responded with movement restrictions and border closures. While necessary to protect public health, these stricter safety measures are disrupting food supply chains globally, forcing prices upward and increasing the risk of social unrest.

Countries may be vulnerable in terms of food supply, food access or both. Countries dependent on food imports that also have a high proportion of vulnerable households already struggling to meet their dietary needs are most at risk. Using data from the World Bank and the Food and Agricultural Organization, we have created Food Access and Food Supply indices to assess these risks (Figure 1). Countries that score low on both indices are at a high risk for food insecurity, while countries that score high on both face lower risks.

According to this data, several countries in Latin America and the Caribbean are low scoring on both indices and thus face a higher risk of food insecurity and the resulting pressures on social and political stability.

However, a majority of the countries that fit these criteria are in Sub-Saharan Africa (Figure 1). Food security was already a concern in the region with an estimated 239 million people undernourished as of 2018. The key drivers of this insecurity—climate, conflict and economic pressures—are ever-present even as the challenge of the pandemic emerges[ii].

Initially, African governments responded to the crisis with impressive agility, closing borders and restricting movement in the largest cities. As of May 27, several African countries have relieved lockdown orders and reopened their economies. Ghana was one of the first countries in the region to ease lockdown requirements and has since seen an increase in case numbers[iii]. Nigeria and South Africa have followed suit. While many African leaders have been supportive of measures to control the virus, they have expressed concern regarding the humanitarian and economic implications[iv].

On the supply side, the pandemic response is compounding the pressure on a stressed food system.

In East Africa, an unprecedented locust outbreak triggered by outgoing El Nino and cyclones could result in an estimated $8.5 billion in crop and livestock losses in 2020[v]. The outbreak has impacted agricultural yields of food staples including maize, beans, sorghum, barley and millet. Ethiopia, Kenya and Somalia are among the affected countries. The World Bank has warned that the outbreak may spread to other regions if not expediently contained. However, a significant reduction in global air freight operations as a result of the pandemic is causing delays in the delivery of pesticides and equipment required to fight the plague[vi].

As a result of these production shocks, impacted countries are more dependent on food imports. Moreover, in recent years, African countries have been importing more and more of the food they consume. Some food-exporting countries, however, are increasingly taking a protectionist stance—holding on to stocks of rice, grain and fish to meet domestic needs during the pandemic.  Most notably, India, which the major source of rice consumed in West Africa, suspended exports in April[vii].

The immediate effect is rising prices across Sub-Saharan Africa for food staples such as rice as the crisis takes a toll on the currencies, economies and purchasing power of countries in the region. The World Bank is predicting a 2.6 – 7% contraction in agricultural production with devastating impacts for food availability in the medium term, should trade blockages materialize.

The agricultural sector employs over 50% of the population of Sub-Saharan Africa[viii]. It is a network of primarily small-scale farmers, traders and transporters working to deliver fertilizer and seeds for production and harvested produce to markets. The decentralized nature of food production and distribution for most products has made it difficult to coordinate a crisis response and protect food supply. Border closures and movement restrictions have meant that farmers are unable to find a market for their goods and that there have been delays in cross-border transportation of food and agricultural inputs.

Even in the most optimistic scenarios, food supply will be a key challenge for many African countries in the coming months. But with deteriorating fiscal positions across the board and increased public debt, African governments have few policy tools left at their disposal. The familiar calls for aid and debt relief have resumed to stopgap the worst impacts in East and West Africa.

Globally, vulnerable populations are most likely to be impacted by these shocks to the food system. Regions, where a high number of people are employed in the informal sector, face the additional challenge of managing the pandemic without forcing households deeper into food insecurity. In Sub-Saharan Africa the informal sector employs 89% of the population[ix] who rely on daily incomes to meet their dietary needs and are very sensitive to price shocks. Lockdown measures puts this population at a much higher risk of food insecurity.

Ultimately, the health risk in sub-Saharan Africa may become a secondary concern if food insecurity leads to social unrest and political instability. Nigeria and South Africa were already showing signs of strain before lockdown measures were relieved with increases in looting and aggravated robberies[x]. In Kenya, a stampede broke out as government officials attempted to distribute food to poor neighbourhoods in the early days of their lockdown[xi].

But what is the risk of widespread conflict?

One significant factor is pre-existing social and political tensions. In countries where conflict is already brewing, food insecurity issues may exacerbate tensions that could spill over to adjacent countries.  In Sub-Saharan Africa, Uganda, Rwanda, Madagascar, Central Africa Republic and Chad are in the high-risk window (see Figure 1). Populations in these countries were already having difficulty meeting their dietary needs prior to the pandemic. While food supply was moderate, shocks triggered by Covid-19 and climactic conditions in these regions will likely continue to strain food availability.

In addition to the high risk of worsening food insecurity, Chad, Uganda and Rwanda are in close proximity to areas of existing conflict. However, Chad and Central Africa Republic are the least politically stable of these countries, creating fertile ground for brewing conflict.

Sub-Saharan Africa does not face these risks in isolation. Latin America is another region we have on high alert as it emerges as the new epicenter of the pandemic[xii]. The health response in major Latin American economies has been lackluster if not obstructive as we have seen with Brazil[xiii]. This is doubly concerning as fragilities in its food systems are already triggering social and political disturbance[xiv]. The indebted and fiscally strained governments are similarly left with few options to intervene.

With every risk, there is an opportunity. Some commentators argue that the Ebola crisis helped to prepare countries in West Africa to manage the Covid-19 response[xv]. In this case, renewed efforts to address food insecurity may also serve to create greater resilience in the food system.