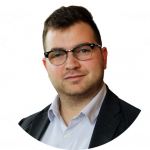 Given the ESG impacts often associated pipeline projects, it is reasonable to say that pipelines have been a source of controversy in North America and around the world. In 2020 alone, several major pipeline projects face high levels of public and community-based opposition; with consequences including widespread protests (as was the case for TC Energy’s Coastal GasLink project at the beginning of this year) and large-scale regulatory and legal challenges (as seen currently with the Dakota Access Pipeline).

While moving oil and natural gas via pipeline can offer benefits over other modes of transportation, (for example, lower operating costs and circumvented emissions from freight emissions), the apparent rise in opposition and public scrutiny begs the question: why are pipelines so contentious? ESG-minded investors, who may have concerns about the sector, are keen on exploring best practices that can help reduce operational risks associated with pipeline construction and respond to the anxieties of stakeholders.

Community-based opposition to midstream projects is rooted in genuine concerns relating to potentials impacts on land, water and livelihoods.

While expanding pipeline capacity enables further oil and gas production, in effect, increasing carbon emissions and worsening climate change[i], community-based opposition is more commonly associated with how pipeline projects impact physical environments. This includes how potential spills might affect the livelihoods of local communities and how a pipeline’s right of way can infringe upon land and water rights, especially those of indigenous peoples (IPs).

From Sustainalytics’ Controversies Research, one can survey a sample of North American oil and natural gas pipelines (including completed projects as well as projects that have been proposed or are under currently under construction) and identify the underlying drivers of community opposition.

The in-depth ESG research reflects issues linked to land and water rights as the most frequent driver for community opposition to pipeline projects in North America. The broader determination of conflict concerns the ability of communities, including IPs, to control, develop and protect their land and water resources.

Opposition under this driver is typically complex and closely relates to the risk of spills and releases, given that these events can meaningfully degrade the quality of land and water resources. A sample of the findings show that:

Active Ownership and investor-led engagement with pipeline operators is an opportunity to reduce ESG risks and promote positive community outcomes.

Active ownership, more specifically, engagement, allows investors to dialogue with a company about controversial activities. Active ownership is particularly well-suited for pipeline issues due to their complex nature, where investors need to understand the company-specific context of an issue. Engagement is set up to support the successful alignment of investor and company interests to reduce ESG risk and preserve the company’s valuation.

In Sustainalytics’ Norms-based Engagement, engagement managers facilitate two-way dialogues towards positive outcomes. The service offers a formal, structured approach to engagement and typically involves collaboration on behalf of several investors whose goals and concerns are similar. As part of the engagement process, engagement managers define change objectives which generally are centered around ceasing violations of international norms, adopting responsible courses of action, and improving or establishing proactive and precautionary internal processes to prevent future reoccurrences.

Under its Global Standards Engagement product, Sustainalytics has several ongoing engagement cases relating to pipelines, including cases on:

When companies are receptive to engagement suggestions and adopt new policies and programs, the shared value proposition that active ownership offers facilitates the dialogue between companies and investors on key issues, ultimately contributing towards strategic mitigation of ESG risks.

As the energy transition continues to progress, risks across the midstream oil and gas industry are also likely to evolve.

Beyond community opposition, pipeline operators are now beginning to face additional risks linked to the energy transition, including risks relating changes in both the political and regulatory environments. For Canadian and US operators, the outcome of the US Presidential election may have a particularly material impact on the oil industry–potentially on other sectors that are often associated with ESG risk.